“At last I can show you. At last you will see the truth that has brought us all to this desperate brink. The truth of the dragons and their calling.”

The power of three Beacon Thrones has been temporarily restored. One Throne remains. Along with Belzor’s revelation, Laeka’Draeon is at last closing in on obtaining enough power and knowledge to uncover the mystery of the dragons’ disappearance.
Sadukravon and his hobgoblin hordes have struck the first blow against Valadae, forcing the armies of the allied kingdoms to take action. A second Gathering looms on the horizon, but without the might of the dragons or the magic of Klonnoth Aire, the first counter-attack could be Valadae’s last.
Laeka’Draeon and his companions undertake their final trials under a terrible weight of urgency, coming face-to-face with astonishing revelations, and devastating truths.
At last, all mysteries will come to light under the looming shadow of a battle that will shape the future of Valadae and all its creature-kinds. 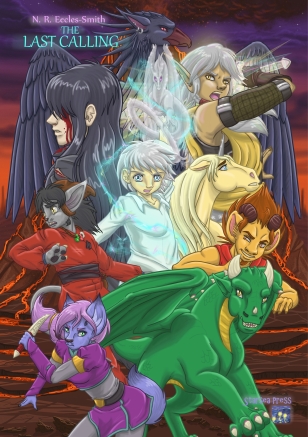 BACK TO PREVIOUS BOOK!