The Year of the Dragon!

Posted on January 12, 2012 by WhimsicalWerecat

Well now, here I am, the Whimsical Werecat, back from the many exploits that werecat’s often end up occupying themselves with. And what better way to mark this site with my presence once more, than to celebrate the start of this wonderful (and aptly named) year.

2012 – The Year of the Dragon according to the Chinese calendar; and to be even more precise about it, 2012 is the Year of the Male Water Dragon (or Black Dragon, seeing as water is connected to black in the Chinese Five-element System).
The Year of the Dragon. Yes. Very fitting, I should think, seeing as the book series this site is dedicated to, follows the adventures of one such creature. Although, suffice to say, our scaly, green protagonist is not a water dragon, nor is he black … obviously.

Depending on the culture, dragons represent and symbolise a variety of different things: Mystical, occult, noble, untouchable, sky, heaven, and to swing the pendulum the other way they are also associated with tyranny, greed, evil, and destruction.

Well, to reference the Valadilian culture (which is the most relevant culture for this site), it is universally acknowledged that dragons are the symbol of transcendence and might; the unity of Heaven and Earth. According to those versed in the study of manna and spirit energy, dragons are believed to thread energy around them (as opposed to move toward or away from). From this they believe the manna of a dragon is capable of creating new forms of balance, or chaos, over the things around them. There is no ebb or flow, draw or repel – only continuous circulation. And what is the relevance behind the telling of such a discovery, you might ask? I am a werecat who found an interesting piece of information and was gracious enough to share – that is relevance enough, thank you very much!

So, 2012, the Year of the Dragon, is certain to be an influential year on many levels. Perhaps new balances will be created – or perhaps new levels of chaos. Where the dragon moves, anything could happen. Nevertheless, no matter what is destined for this year, know that your actions determine what will come about for you. Your words will play an influential part, too. So take heed, mortals, and speak and act into existence the plans and purposes you want to achieve in 2012, and not the things that will lead you to ruin, rage or regret.

Now, diverting onto an entirely different path, for all those with a starry eye and a keen interest in all things celestial (as werecats are inclined to be) there is much to anticipate this year! Take the red planet, for instance: Mars will be at its closest approach to Earth and be fully illumed by the sun around March 3rd. Saturn will be at its closest approach and be fully illumed on April 15 – so if you have a good telescope, pull it out and take a look and see if you can see its rings! 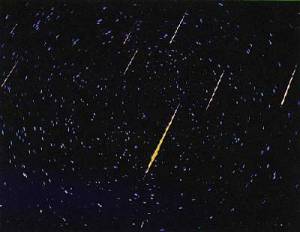 For those who love to watch streaks of stellar rock burn across the sky, there are a few meteor showers to look out for.

April 21- 22 is the Lyrids Meteor Shower. Keep an eye on the constellation Lyra after midnight, to catch a glimpse of these meteors. You may also see some action in the sky as early as the 16th and as late as the 25th.

May 5 – 6 is the Eta Aquarids Meteor Shower. Not as grand as the Lyrids Shower and with a full moon looming in the sky, chances are you poor-sighted mortals won’t see much. Keep an eye on the constellation Aquarius after midnight for the radiant point of this sky show – for those who may still wish to try and catch a glimpse (preferably away from city lights)

July 28 – 29 is the Southern Delta Aquarids Meteor Shower. The radient point is, of course, the constellation Aquarius. Wait until the quart moon sets after midnight and keep your eyes eastward to get the best view of the show.

August 12 – 13 is one of the grandest of the meteor shows, the Perseids Meteor Shower! The radiant point of the show will be in the constellation Perseus, so look to the northeast after midnight and you shouldn’t be disappointed. You may also start to see meteors as early as July 23rd and as late as August 22nd. Be mindful that city lights will disrupt the visual ability of you lesser mortals, so it’s best to find a viewing location away from such large dwellings.

October 21 – 22 is the Orionids Meteor Shower. Meteors could possibly be seen as early as the 17th, to as late as the 25th. The moon will be set by midnight, leaving the rest of the night dark for a good viewing. Again, city lights will dim the experience, so the further from them, the better.

November 17 – 18 is the Leonids Meteor Shower. This one should put on a good show, and the moon will set early, leaving the sky dark for a great viewing. Look for the shower radiating from the constellation Leo after midnight.

December 13 – 14 is the biggest and best of the meteor showers, the Geminids Meteor Shower. The Geminids are known for producing up to 60 multicoloured meteors at their peak! There will be a new moon this year, so the skies will be perfectly dark for this occasion. Keep your eye on the constellation of Gemini and your attention to the east, after midnight.

And then there are the Eclipses! 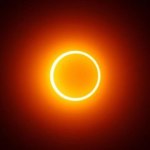 May 20th hosts the Annular Solar Eclipse. China, Japan, and North America will be able to view this one.

June 4th hosts a Partial Lunar Eclipse. Most of Asia, Australia, the Pacific and the Americas will be able to view this one.

November 13th hosts a Total Solar Eclipse, although only those in far northern Australia and the southern Pacific Ocean will be able to view the event in its full. A partial eclipse will be visible in most parts of eastern Australia and New Zealand.

November 28th hosts the Penumbral Lunar Eclipse. This eclipse will be visible throughout most of Europe, eastern Africa, Asia, Australia, the Pacific Ocean and North America.

Other celestial events to really look out for are these two:

March 14th – the Conjunction of Venus and Jupiter. These two are the brightest “stars” in our skies, and this year they will be within 3 degrees of each other in the evening sky. On March 25th the crescent moon will be near them, which is sure to look quite stunning.

June 5th & 6th – the Transit of Venus across the Sun. This is one you don’t want to miss! It is an extremely rare event and will be visible throughout most of eastern Asia, eastern Australia, and Alaska. Partial transits can be viewed at sunrise across Europe, western Asia, and eastern Africa, and the progress at sunset can be viewed by those in North America, Central America and South America. If you remember to look out for this event, make sure not to miss it as the next transit won’t take place until the year 2117 (which isn’t a problem for werecats as we have much longer life spans than you humans). If you’re wondering how you’ll be able to see this when the sun is so blinding to your sensitive mortal eyes, that’s not my problem. Shield your eyes with dark glasses or something.

And there you have it, curious mortals: my ranting on the Year of the Dragon, and a calendar of wonderful celestial events for this year. I hope that has satisfied your inquisitive minds, at least until I return for the next instalment of my memorable, mesmerizing musings.

Always keep your curiosity and courage at hand, adventurers!