Dragons, Unicorns, and Updates, Oh My!

Posted on May 8, 2014 by WhimsicalWerecat

If you haven’t checked out the Prologue Comics yet, now is a great time to do so as the next comic has been added! As the name suggests, these snippets are prologues of characters from the first book in the Dragon Calling series, with the unique twist of being done as coloured comics. Two comics have been completed so far, and there will be four in total for KIN SEEKER.

The Prologue Comics will continue throughout the series, as more key characters are introduced, so be sure to keep an eye out for them!

In addition, I have gone and done another short story, if any of you are curious! Actually it would be classified as a short short story (being under 1500 words). An easy read (though the theme is a little frightening)! So what are you waiting for? 😉 I know you’re curious now, right? I even went ahead and did a Front Cover for it! Just click on the cover and it’ll take you to the story. 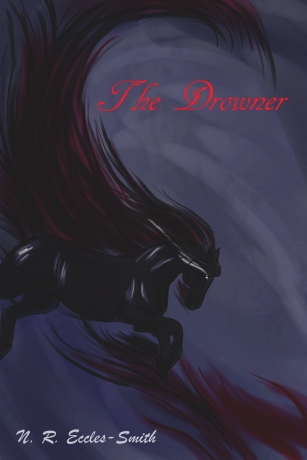 Let’s see, while we’re on updates I should probably give a brief update on the progress of Book Two of Dragon Calling. Well, the book is finished! Has been for quite a while actually. The last few months have seen it going through it’s second ‘major edit’ (before came many, many smaller edits, but I won’t bore you with the details).

Once this stage is done, I’ll be handing it over to my editor so she can give it a good copy-edit scrubbing. Then it’ll come back to me for the changes, before being sent off to assigned proof-readers. I have plans to start working on the official book cover within the next few months. I already have the design in my head (just have to get it out onto paper, and then into the scanner, followed by Painter 12, and then InDesign).

As for the first book’s official book launch. Still pending, I’m afraid. But not to worry, it will happen, and once it does, paperbacks won’t be the only goodies available. Bookmarks and posters are on the list, and in the not-too-distant-future *drum roll* the audio book will come along! I already have a narrator singled out. I’ve been in contact and made the proposal and he is definitely interested, which has me brimming with excitement (once the project is officially underway, I can disclose who it is – and trust me, you will not be disappointed!)

And don’t forget, KIN SEEKER is available at all leading eBook retailers, as well as Amazon, Barnes and Noble, Fishpond, iBookstore and Booktopia (for the paperback version). I have all the links available right here. OR, if you get in direct contact with me (message via the website or the Dragon Calling Facebook page), you can also purchase straight through me, which will also means your copy will be signed with one of my special metallic signing pens!

So, there you have it – all the updates that I can think of at this time.

I shall finish on a note of Fire and Death! Why? Because Smaug is awesome.