Posted on August 23, 2017 by WhimsicalWerecat

Even after all these years, the POP vinyl craze has not diminished as a fad. In fact, if anything, it seems to have grown! The number of franchises joined to the Funko merchandise list has expanded significantly, spreading to more book characters (e.g. Where the Wild Things Are, Peanuts, Dr. Seuss), famous solo figures (e.g. Bob Ross, Cthulhu, Michael Jackson, William Wallace) and even characters from TV series long past their aired seasons (e.g LOST, Alias, Firefly).

And as new games and series are released, more POPs will inevitably pop up! Haha, terrible pun intended. A-hem. But that’s the beauty of the POP vinyl franchise; the little big-headed characters will keep on coming, so long as Pop Culture shows, books & games endure.

Ah, so many cute and clever little POPs to choose from, and to look forward to!

The ones I, personally, would be most excited to see come into being are … *drum roll* my own Dragon Calling POPs of course! 😉

There are so many characters in my Dragon Calling series. I gave you a sample platter of fantastical cuteness in my first POP character post, but that was not even half the current Dragon Calling cast.

During a recent break from working on Book 4 of the Dragon Calling series, I felt compelled to design a few more DC characters in the POP style. These ones are introduced in Book 3 (and some from Book 2), so if you haven’t read the books, you’ll have no idea who they are. But that doesn’t really matter; you can check them out anyway. 🙂

SO, without further ado, I present the next batch of Dragon Calling POP vinyl character figurines. 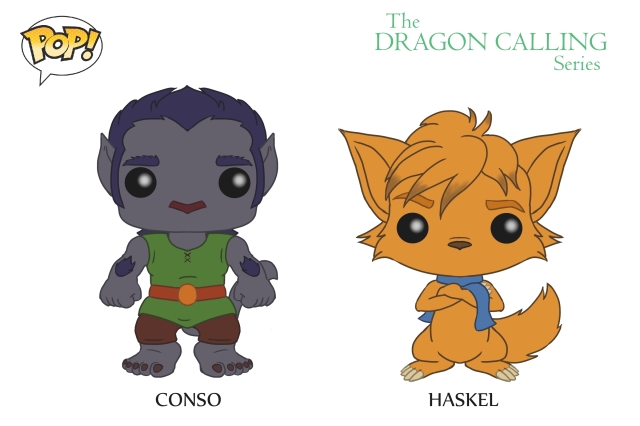 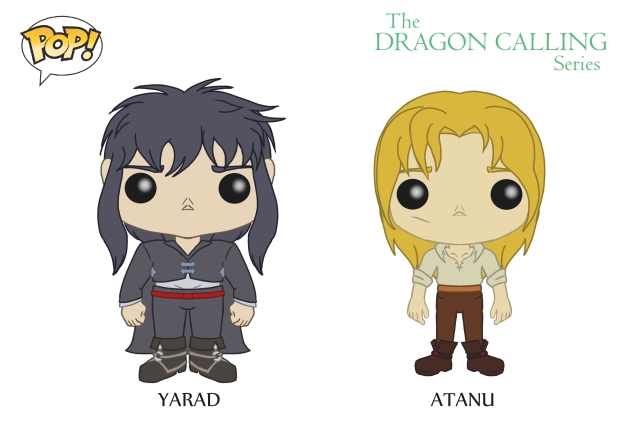 Let me know what you think! Which are your favourites? Which ones would you add to your Pop Vinyl collection? Are there any characters not here that you would like to see turned into Pop Vinyl figurine designs?