Posted on August 15, 2013 by WhimsicalWerecat

HERE IT IS! The first of the Fa’Luffy Reviews!

And to kick off such a momentous occasion (according to Fa’Luffy, at least), the chosen item is one of recent release, with plenty of fun, fruit and cuteness! 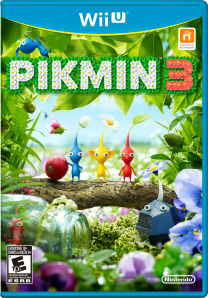 Rated: G for General/ E for Everyone

Fa’Luffy: With the help of the Pikmin (tiny plant-like critters), three explorers must gather enough fruit to help save their home planet, Koppai, which is suffering from a major food shortage.

Q: Who would enjoy this?

Q: What are some of your favourite aspects?

Fa’Luffy: The fruit looks so good I want to eat it all. The rock Pikmin smash everything like a boss.  The map on the gamepad is awesome. The ‘Boss’ monsters are the best in the series so far. You get to control THREE explorers.

Q: What are some of your less favourite aspects?

Fa’Luffy: The days go by a little too fast for my liking. ‘Aiming’ controls are sometimes too sharp and abrupt (Pikmin have been thrown in the most inconvenient of directions during fights with other creatures). Pikmin die, and it’s sad – as sad as a wet cushion :(. Too short – would have been the golden cherry on top if there were more areas to explore!

Q: How would you sum up your opinion?

Fa’Luffy: Great graphics, cute creatures, fun puzzles, and so much good-looking fruit it could turn a carnivore into a salad-lover!

Q: What is the final Fa’Luffy Verdict? 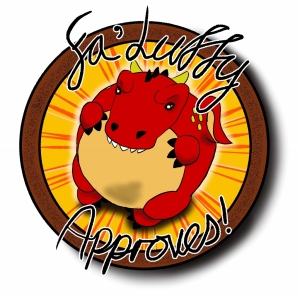 And there you have it, people! The Fa’Luffy has spoken – PIKMIN 3 is Approved! So if you have a Wii U, Pikmin 3 is a fun, favourable investment in entertainment!

Have you played a game, watched a movie, or read a book that you think Fa’Luffy would enjoy reviewing? If so, feel free to send through your suggestions. If the Fa’Luffy finds it interesting, the Fa’Luffy will put up a review!

2 Responses to A Fa’Luffy Review! Pikmin 3